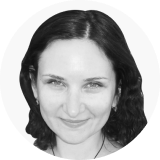 How to Automate Testing of Web Applications Using the Cypress Framework

Why Do You Need Automated Testing?

Building an application, developers set the main and primary goal — to get a high-quality product. They can achieve this through high-quality manual testing, using test-design approaches and techniques while creating test documentation. Modern web and mobile solutions are becoming more and more complex. Developers can make use of hundreds and even thousands of combinations of various input parameters for testing functionality. In such a situation, testing requires more and more resources. And automation is one of the obvious solutions to speed up this process without losing quality and even improving it.

As you see, today’s developers have to cope with the ever-increasing complexity of application functionality. If you want to develop the best product and manage time effectively, you should know how to leverage existing programming tools and automated testing practices.

However, keep in mind that there is functionality that cannot or should not be automated. For instance, frequently changing data, UI elements, or complex functionality with a low priority of use for clients. Therefore, you should choose the right aspects of the application that will undergo automation.

My Experience with Automated Testing: How It Was

I will name several tools which can be used to develop automated tests and which I had used in my professional practice. These are Selenium (Python), UFT — Unified Functional Testing, Katalon Studio. I would say that they helped me study and understand the general principle of developing automated tests. Yet, I also faced some difficulties while using the mentioned tools. These were setting the appropriate environment for developing and running the automated tests, feature recognition and search for elements in an application, supporting automated testing in case of changes to the code.

Later, I decided to look for a new job and saw a vacancy at KeenEthics. “Nice to have” knowledge of Cypress, TestCafe was listed among the requirements. So, when I started preparing for the interview, I began to study Cypress. Firstly, I attended a course on JS, which was very useful for understanding the syntax and structure of the language. Then, I moved to Cypress JS.

Cypress is a relatively new test automation framework. It deploys its browser and embeds tests into the code of the webpages. Cypress has the following benefits:

As you might guess from these advantages, Cypress is a universal and practical framework for writing various types of tests. Most end-to-end testing tools are based on Selenium, so they all have the same drawbacks. To make Cypress testing special, its developers built a new architecture from scratch. While Selenium runs remote commands over the network, Cypress runs in the same execution cycle run-loop as your application.

Why are QA software testing engineers frequently reluctant to move from manual to automated testing? Because having no earlier programming experience, they are afraid that they won’t be able to master the automation tool and write tests. They are afraid that automated testing is very difficult because, according to reviews on the Internet, installing Selenium takes a lot of time. Plus, you need to learn XPath and PageObject.

But here comes Cypress — an all-in-one framework that comprises the Assertion library, mockups, stubbing. Cypress uses Selectors and Assertions. Cypress testing tool includes Chai, jQuery libraries out of the box. Why do you need it? Because it gives you powerful tools for searching and checking DOM elements, which will allow you to find and refer to elements when writing tests.

There are 2 ways to install Cypress:

Let’s review the main commands that will be useful.

Let’s discuss one of the main points in writing automated tests — searching for elements on the page. It will be convenient for you to search for elements using selectors. It often happens that the same class, for example, refers to different elements. So, before you add a selector to the test, you can find an element directly on the page using the console. As a selector, you can use the class name of the element. With document.querySelectorAll(), you can check all the elements that correspond to this class.

If you have multiple elements, you can search for an element by referring to a specific index in the array of data elements. For example, with .eq(), you can get the DOM element at a specific index in the array. One more example: cy.get(‘.buttons-wrapper’).eq(0).click() — finds the element zero in the array and makes a click on it. You can also search for elements using a selector on tag attributes. For example, if you need to find a link on a page, use a tag with the href attribute.

What Else You Can Do with Cypress

The use of fixtures is an important aspect of the correct organization of automated tests. Using fixtures allows you to separate test scripts from test data. You can create a fixture file — this is a json file. This file can store test data that can be read by multiple tests. Store test data in the form of “key-value” pairs which you can access in test scripts. There are two options for using data in the fixture file:

In addition, Cypress allows you to test the API of the application. During the test execution in real-time, you can see how requests are sent to the server. You can also add Assertions to the test and check, for example, codes of responses from the server, the length of the response body.

Cypress automation is easily understandable for everyone having basic programming knowledge. From all the above mentioned frameworks, Cypress is the most practical and simple in terms of setting up and mastering. I recommend using Cypress for automating regression as well as for automating actions that are often performed with an application.

Do you need help with Quality Assurance?

Let our professional QA team help you solve your software issues. Learn more about development and software testing services that we offer.