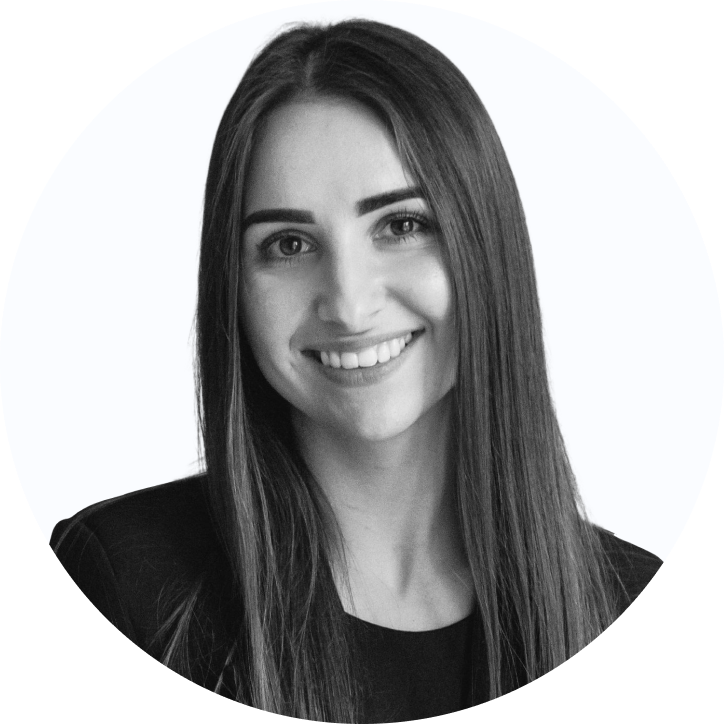 Node JS VS React: What’s the Difference and Which One to Choose for Your Project?

Node.js and React are both popular and widely used. The comparison between them isn’t new, but it’s worth attention. The only question is, “Can we compare them?”

At first sight, React.js and Node.js seem similar since both are related to the JavaScript programming language. But is it so? What’s better – a laptop or a smartphone? It’s a weird question, for sure. But comparing the back-end platform and the front-end library is like comparing things mentioned above.

So, let’s define their difference. Node.js is a back-end platform for handling server-side operations, while React.js is a front-end library used to manage the user interface. Technically, they’re different and not interchangeable. But we’ll give you a spoiler; they can complement each other in your project.

If you’ve asked yourself at least once, “Which framework should I choose for the project” the article is a partial answer. Here, you’ll better understand the features of Node.js and React.js and set the goals you want to achieve.

One article isn’t enough to describe all the features of Node.js and React, so we’ll focus on the most important ones.

A quick note – when JavaScript came around, it was designed as a simple scripting language to run in a browser. But the advancement of the web platform made it more powerful, and in 2009 we saw the first release of Node.js. Node.js is a way to write server-side code in JavaScript. In other words, Node.js is the environment for executing your JavaScript code. Previously, only the browser could execute JS code, but now with the help of Node, we can do it outside of a browser.

Node.js is an open-source, cross-platform JS runtime environment for web apps outside the client’s browser. Large companies like PayPal, LinkedIn, Netflix, and Medium use Node.js. An event-driven and non-blocking input/output model makes the platform easy to start and lightweight. Event-driven means you make a call, and the Node.js server gets the request and registers an event. The event will be called when the fetching is completed. So, Node frees the event cycle to perform the next request. Developers use the platform to host APIs, serve HTTP requests, and access the database. Node.js works well for fast and scalable services and server-side apps like video streaming sites, single-page apps, online chatting apps, and others.

Here are the following features of Node.js:

Node.js runs on Google’s V8 engine (or Chakra from Microsoft), compiling JS into machine code and making it run efficiently and fast. The open-source opens access to thousands of community-tested software at no cost. But it’s not only about the price. With open-source Node.js, you get flexibility, scalability, and compatibility.

Since Node is based on JS, you can use the same language for back-end and front-end development. It enhances the app’s productivity, allowing you to perform non-blocking operations. Well, what does this set of words mean?

Let’s explain the difference between blocking and non-blocking operations. Technically, a blocking call waits for the completion of the input-output operation before returning; its results return synchronously.

In contrast, the non-blocking call returns directly without results, asynchronously. It means you can read files, send emails, query data, and perform other operations simultaneously. You can start the next task before the completion of the previous one.

In our blog, we discuss the pros and cons of Node.js for web app development. Read the article.

According to Stack Overflow’s 2020 Developer Survey, JS is the most common language in the world (69.7%). It’s not surprising because, with JavaScript, coders can create dynamic web elements, from clickable buttons to animated graphics. But why do many like Node.js? As Node.js is written in this language, the technology is easier to understand and learn. Also, you use the same language on both the client side in the browser and the server.

The server built with Node.js doesn’t need to wait for data from an API. What’s more, any input/output operation doesn’t block work. As mentioned above, you can perform any action without waiting until the previous task is completed. In Node.js, all operations are performed asynchronously. Thanks to it, Node.js responds quickly and offers a better user experience.

NPM is a package of ready modules. Imagine NPM as a huge room where programmers share their code. It allows new projects to avoid writing the same components.

Node.js is compatible with many systems, from Windows and Mac operating systems to mobile platforms. Multi-compatibility with different platforms creates a self-sufficient environment for developers.

React is an open-source JavaScript library for building web apps, dynamic libraries, and interactive user interfaces which change the image without reloading the page. Thanks to this, the app quickly responds to user actions. React is a library; by default, it doesn’t have routing, web requests, or state management tools. But to manage the above-mentioned, you can install additional libraries required. Well, what makes React so popular?

You get enhanced performance thanks to Virtual DOM (Document Object Model), a lightweight version of a real DOM. DOM is a programming interface allowing you to create, modify, or remove elements from a document. The virtual DOM signifies a programming concept where the “virtual” representation of a user interface is stored in memory and synced with the “real” DOM by the library. If we need to change the web page elements, we first make these changes in the virtual DOM. Then, if there’s a difference between the new state of the virtual DOM and the current state, React suggests and executes the needed manipulations to update the real DOM to a new state. The virtual DOM takes up little space and updates quickly, allowing the page to get responses from the server. Thanks to virtual DOM, Facebook updates users’ chats and feeds without reloading the page.

In our blog, we discover the top 8 websites built with React.

Effective for ranking on Google

In combination with Node.js, React renders the code from the server as a regular web page. So it’s easy for the browser to read your app.

React has a modular structure for any web app. The development with React.js is centered around the components. You can create components (pieces of code) once and reuse them many times in other apps. With React, you develop complex interfaces from small pieces of code, which we can compare to lego. These components are easy to assemble, reuse, manage, and test. Since they’re reusable with high logic and control, it helps us to work even on large projects, thus keeping the code clean and stable.

Declarativeness of React is when we use code to say what results we want to display on the page. In the case of declarative programming, we don’t set instructions on how to implement the results.

Should we call Node.js and React competitors? The answer is no. They’re reasonable solutions for diverse projects but serve different functions. And we’d like to show Node.js vs. React comparison based on the parameters below.

In a Node vs. React comparison, Node.js is an open-source platform for writing code and creating back-end web content. React.js is an open-source library for producing high-performance front-end apps. In this case, the similarity between them is that they use JavaScript under the hood.

The learning curve of React.js and Node.js is almost the same, with the only difference. React.js makes web development easy to implement because of well-detailed documentation and simple design. Node.js is also easy to learn, but developing and deploying apps may take more effort because of the asynchronicity of Node.js. But since Node.js increases app productivity and allows you to reprocess the code, it greatly simplifies development.

App size and performance directly influence your app’s load and response time. In the case of React, thanks to the virtual DOM we discussed earlier, the library is great for managing regular user interface updates. The virtual DOM improves app performance through its ability to take minimum space and update fast. As for Node.js, it increases its productivity with time and satisfaction among users. Thanks to the asynchronous and non-blocking model, and reusable code, it makes real-time updates. As a result, it also boosts productivity and reduces development costs.

Node js vs. React: Which Is Better?

When using technology, a factor requiring attention is the community around the framework. The best about React and Node.js is that both have huge teams regularly supporting them. You don’t have to worry about malfunctions in the app. Since the community always makes regular updates, with its support, you get the best tips and tricks at your disposal.

So, when we talk about React.js vs. Node.js, which is better? What if using both technologies in a single project? As in the case of Netflix. It uses Node.js to reduce launch time and the React.js library to boost speed and performance. So making a similar comparison isn’t proper.

Many businesses apply Node and React. But to define the proper technology for you, you need to define your priorities and the features you want to see in your project. For a complex and scalable back-end web app, Node.js works well. For a project with dynamic and changing states, like inputs or buttons, React is ideal. Simultaneously, you can use both, as in the case of Netflix, Uber, and Twitter.

Here are 4 reasons why Node.js and React development work excellently together:

If you need to know what the project should be, what features to add, and, thus, which technology to opt for, our experts will give you the best tips for your solution. Our developers have years of experience and know how to make successful apps.

Give It a Go

The Node.js vs. React comparison isn’t correct because these technologies are completely different. It’s the same as comparing a car with a bicycle. Both are good but used for various purposes. All you need to do is choose between them, focusing on specific factors or mixing them to cover different goals.

In web development, many things are unclear if you aren’t specialized in them. If you need advice on which technology to opt for, our experts can offer you the right working idea for your project. Contact us and find the perfect match for your project.

Have you decided which technology fits your project? 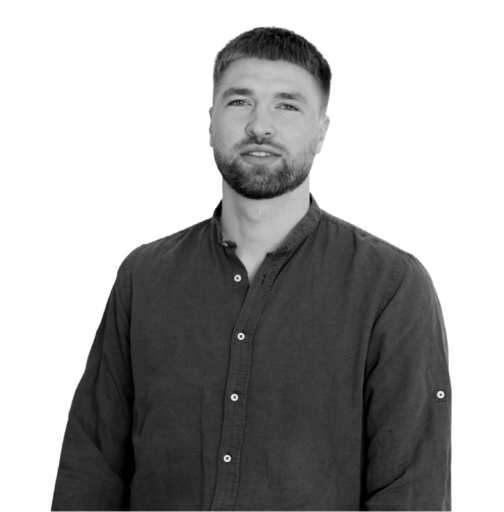