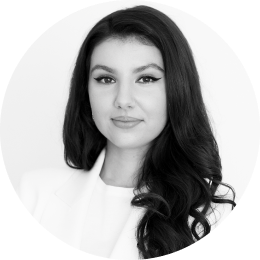 Node.js vs. Java: Choosing the Best Option for Your Business in 2023

What to choose: Node.js or Java? Why use Node.js instead of Java, or vice versa? Do you ask these questions frequently? Node.js is undoubtedly one of the most popular frameworks since it develops fast, cross-platform, and scalable projects. It keeps on representing the competition in 2023 by encouraging startups worldwide to opt for it over many other technologies. That is why, despite the fact Node.js was introduced back in 2009, it continues to occupy leading positions in the programming world.

Also, we should not forget that Java plays a crucial role in the current programming world too. It may be related primarily to its main slogan: “write once, run anywhere.” In other words, the biggest reason this language is popular among developers and programmers is it’s platform-independent. Java can be used to develop end-to-end mobile and desktop apps for different operating system servers.

So, what technology is better in 2023? Let’s find out together by taking an in-depth look into the main features of both Node.js and Java as well as their advantages and disadvantages.

To begin with, Node.js is a massive open-source tool. To be precise, Node.js is a server-side, Javascript-based runtime environment (neither a library nor a framework, as many sources indicate) introduced back in 2009 by Ryan Dahl.

Node.js is based on Chrome V8. So, here, JavaScript calls are translated into machine code. On the whole, the main principle of this backend platform is to execute JavaScript code outside a browser. Node.js intends to establish a two-way connection between the server and the user’s browser. This way, low latency and high throughput can be achieved.

Pros and Cons of Node.js

So, what is the benefit of using either Node.js or Java, then?

Let’s start with Node first. There are at least three massive benefits of Node.js:

It looks like those benefits explain the popularity of Node.js, isn’t it? In brief, this backend platform has become an actual trend, which will evolve even more swiftly.

On top of that, Stack Overflow Research concluded that Node.js remains the leader among other frameworks. Such statistics prove that Node.js is worth learning.

Yet, there are some tools in the npm registry that might be not properly documented.

What is a better way to use Node.js? Let’s look at use cases of Node.js because this technology has lots of them. Here, you can see the main areas in which Node.js can be applicable:

Here, it is necessary to consider that Java will celebrate its 26th anniversary in 2021. Anyway, Java is regarded as the most influential and widely used computer language worldwide.

Pros and Cons of Java

Now, let’s take an in-depth look into Java and its current rank since this technology has massive significance for developers too.

You may wonder why Java is so popular even after 26 years? Java attributes its success primarily to the fact that there are numerous applications written in Java. That is why, Java has become widespread in many popular projects, for example in finance.

What’s more, Java has been upgraded several times since 1991, so it has faced a significant boost in programming efficiency since that time. Moreover, Java is known for consistently running on any stage. That is why Java remains one of the most popular programming languages worldwide.

Although there are many benefits of Java, this technology is believed to be slightly slower than Node.js.

Before we start comparing Java and Node.js, we must consider the cases in which Java can be applicable. So, let’s take a look at the main ways of using Java:

So, now it’s time to compare Node.js and Java – two of the most popular technologies over the last couple of years. What is more relevant to use for app development in 2023? Let’s get a deep insight into the main benefits and drawbacks of Node.js and Java into the five most important categories.

Java is extremely fast in terms of its performance. However, compared to Node.js, is it faster? The answer is no. The main reason is primarily connected to its usage of compilers. On top of that, Java is known for its garbage collection function, which also can be both an advantage and a disadvantage at the same time. When it comes to Node.js, this technology is known for its no-buffering feature. Node.js simply outputs the data in chunks and so makes runtime much faster. Consequently, in this contest, Node.js is an obvious winner.

The price for Node.js and Java developers isn’t drastically different. Even though Java development is considered to be slightly cheaper on the US market, the ending price of the product still depends on some other factors such as project complexity, management, etc. So, in this category, the winners are both technologies.

Node.js is known for its flexibility and so, fast in development. Yet, Java is the exact opposite of Node.js since the first technology takes much more time to develop due to being a rigid language (though, Java may save time in the long term in some cases).

In terms of stability, Java might claim its leadership here (because of the object-oriented approach and paradigms that were used for decades. But in the end, it’s mostly a matter of development and testing processes.

Both technologies can help create highly scalable applications. Still, one of the two technologies is known for better results in the given category. Java is better here since it allows native multithreading and parallel computing. Node.js apps also have this offer but they are not that well-settled.

Without a doubt, testing is an essential part of the quality of your product. Both Node.js and Java are good in terms of testing. In the case of JavaScript, there are more ways to write code, and therefore, more ways to test it. In the Java world, coding and testing approaches are more unified.

Here, the picture might look a bit different. The main threat to Java might be related to certain integrations. This means this programming language is usually not affected by the language’s design. In the case of Node.js, this technology is known for lacking default error handling, which is, without a doubt, a significant security issue (besides, you can read our recent article on Node.js security issues and their solutions – https://keenethics.com/blog/nodejs-security).

As it was mentioned above, both Node.js and Java are two very popular technologies nowadays. So, they both have large developer communities. Even though the Java community is older, the number of Node.js developers increases each year. Consequently, Java and Node.js have many specialists who have profound knowledge and skills to work in their niche.

Developers around the world widely use Java and Node.js. This is why many popular applications were designed with the help of those two technologies. Let’s take a look at popular apps built either using Node.js or Java.

PayPal. The Web/API parts of the largest system for online payments in the whole world were built on Node.js for a reason. Node.js is the reason why the app has 33% fewer lines than otherwise, and it’s twice as fast with fewer lines.

Netflix. All web-facing parts were rewritten with Node.js (APIs mainly). With the help of Node.js, the startup time of the world’s leading subscription-based streaming service was decreased by almost 70%.

Other popular companies using Node.js for backend are NASA, Trello, LinkedIn, Uber, Twitter, eBay, and many others.

As Java remains one of the most popular programming languages worldwide, it is known for having many products built using this technology.

Spotify. The main reason why one of the most popular audio streaming and media services providers opted for Java was to log and stabilize data transfer. Moreover, Java is the main technology for the company’s app on Android OS.

LinkedIn. In the case of the most popular ​​business and employment-oriented online service, Java was used to implement messaging, recognize and convert links in texts, and for many other reasons as well.

Some other apps built on Java include Amazon, Uber, Minecraft, Paypal, Netflix, and others.

Is Node.js still relevant to use in 2023? Will Node.js replace Java? The answer is that both Node.js and Java are great technologies with unique features. They all have pros and cons playing a significant part in the development process, and they’re bound to remain popular even in the future. Whether or not Node.js would replace Java would depend on the increase of the uses of Node.js among developers and its applications in real projects.

All in all, Java proved to have a more considerable advantage in some of the most critical categories in the development process. They are stability, scalability, and security. In the case of Node.js, this technology showed leadership in the development process in terms of performance and speed of coding.
Anyway, Node.js and Java are great technologies, and the decision on whether to choose one of them should be based on the use cases. Our company is ready to help you execute the product that will stand out in the market. So, get in touch with us, and receive help from a team of professionals.

Do you want to hire Node.js developers?

You can hire Node.js developers in KeenEthics. So, do not hesitate to contact us to help you execute your project.