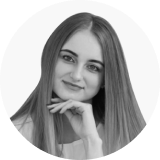 What if I tell you that your business can grow during the upcoming 2020-2021 recession? Just let ideas in your head turn into a promising MVP startup that will soon become number one on the market.

The average person can hardly associate the economic recession of 2007-2009 with something positive. However, this was the time when such great companies as Dropbox, Airbnb, Groupon, and Uber were founded. With the help of MVP development, they became known across the globe.

What if I tell you that the same can happen during the 2020-2021 recession? Just let ideas in your head turn into a promising startup that will become number one on the market, even during such a turbulent time. A lot of successful businesses started with the development of a minimum viable product (MVP). Firms first decided to give their ideas a try and only then developed fully-fledged products.

As you see, the strategy of building an MVP saves time, effort, and money. However, such general conclusions aren’t convincing enough, are they? Today, people are more interested in investigating different case studies that not only comply with these conclusions but also expand their essence.

For both developers of a minimum viable product (MVP) and businesses aiming to invest money, the example of a startup that grew into a tech giant is a necessary motivation. More than that, they want to know all the pitfalls, problems, and challenges that can occur on their way. That is why today, we will discuss both successes and failures. I am going to tell you more about:

Learn more about what MVP is and how to create it

Check our recent article where we explain this concept using the example of a bicycle. This could not be any simpler!

Facebook: How Simplicity Became the Key to Successful MVP

Probably, you did not know that Facebook is among the successful businesses that developed from an MVP. According to Independent, the initial name for Facebook was “Thefacebook”. It was developed as MVP that helped students from several American schools stay connected.

Below, you can see how Facebook looked like before it became world-known social media. The idea behind Thefacebook was not new. Yet, developers implemented it in an innovative and exceptional way. Simplicity and originality were the key characteristics of Facebook of those days. Because of the benefits Thefacebook gave its users, it started growing in a geometric progression.

Long ago in 2006, a group of developers led by Jack Dorsey founded Twitter. It was initially named “Twittr” and introduced as an SMS communication channel between employees at Odeo – a podcasting platform. At the stage of MVP, Twitter featured no replies, hashtags, reposts, or direct messages, only SMS messages between the users. On March 21, Jack Dorsey posted his first twit on the platform, saying:

Just setting up my twttr.

Sounds pretty simple, agree? I think that in 2006, Dorsey could not even imagine how successful his idea would become. The article by Business Insider states that each Odeo employee spent hundreds of dollars on SMSs in Twttr – this was the ultimate proof of the viability of this platform. As you see, building an MVP was a really responsible task.

In 2007, Twitter was renamed and developed as a stand-alone social networking platform. At that point, it was perceived as a community of users who would share their answers to “What are you doing?”. Today, the idea has evolved greatly – Twitter is now one of the major sources of news, celebrity rumors, and jokes.

Dropbox: How an MVP Tested the Business Hypothesis

Dropbox is a worldwide-known file hosting service, which was released in June 2007. Nowadays, it has over 600 million users. Yet, when the MVP was introduced, it had a single user – Drew Houston, the co-founder of Dropbox – and about 75 thousand fans worldwide. I will explain to you why.

When the idea of Dropbox was first introduced to the market, no software was actually released. Instead, Houston released an explanatory video, which demonstrated the possibilities and innovative functions of this technology. In only one night, the number of early adopters reached 75 thousand, according to TechCrunch.

The Dropbox team realized that building an MVP has huge potential. They released the product to the market and generated the first million of active users in under 10 months. This is how Dropbox used the strategy of building an MVP to test its business hypothesis and learn about actual market needs.

Groupon: How Failure Formed the Ground for Success

Groupon is also an example of how a successful MVP turned into a well-known business. It was launched in 2008 as a side project of Andrew Mason, the founder of The Point. The Point did not work. Groupon, to Mason’s surprise, did.

Andrew Mason had been working on The Point, a collective action platform, for 11 months until this project failed in 2008. Apparently, there was no need for such a solution, so all the work on the project basically went in vain. Almost. One of the projects pushed on The Point was to help people save money when buying goods or services, and this is how the idea for Groupon was born. Yet, the founder decided to launch a product MVP first.

The Groupon MVP was implemented as a WordPress blog. Here, the first users could purchase coupons for a local pizza shop in Chicago. Their requests would be handled manually by email. Such an approach helped Mason save on software development and test his idea without extra expenses. Because of his wise decision, Groupon has soon turned into one of the most popular e-commerce marketplaces globally.

ScrapingBee is an API for web scrapping, which greatly facilitates the lives of web developers, SEO specialists, and lead generation specialists. The two founders of ScrapingBee tried to launch two startups before, but both failed. ScrapingBee became their third business idea, and using the experience of failures, they managed to get it off the ground.

The founders of ScrapingBee Pierre de Wulf and Kevin Sahin had a lot of experience with ready-made web scraping solutions, but none of them was perfect. So, they decided to build one of their own, which would help the user handle the headless browser, proxies, and CAPTCHAs.

What does MVP have to do with ScrapingBee? There was none. But there was an MVP for their previous, similar but different startup PricingBot. Once the MVP proved that PricingBot would not win the market, they updated their idea and business strategy. The code from the PricingBot MVP was reused to build ScrapingBee. Shortly after, they had a successful and quickly growing in popularity product. Today, this platform generates about $3,000 monthly, and this sum is growing together with the number of users.

ClaimCompass is the startup that successfully disrupted the airline business – it lets users who had their flights delayed for at least 3 hours receive compensation of a minimum of $600. What makes this service different from many others is that they promise to sue an airline if it refuses to comply. Introduced in 2016, the company brings a monthly income of about $100,000 per month.

When the company introduced an MVP, they conducted the money collection process manually only to see if their service would be popular. Apparently, the market demand for their services exceeded their expectations. Once they adjusted their service to the needs and interests of their users, the company launched a full-scale, one hundred percent automated platform.

Singulution: How MVP Could Minimize Losses

Singulution was introduced as a sale & business management solution for multi-location vendors. Having spent 10 months and $30,000 developing this idea, Hunt Burdick, the founder of the solution, did not manage to take it off the ground. He admits that the problem was that he had not engaged customers until it became too late.

Burdick built what he thought people needed, but he never asked them what they actually needed. Eventually, the project was outrun by the competitors and absorbed by another startup.

Phoenix: How MVP Could Help to Understand the Audience

Phoenix is a software startup with an idea beyond anything you could have imagined. It lets a user send the last message to their beloved ones after the user’s death. Here, a user prepares a message and indicates emails to whom they want it to be sent. Then, there is a “check-in” button, which the user presses to notify the app that they are alive. If a user does not check in for a year, the app assumes that they are dead and sends out the messages.

The startup soon failed because, out of thousands of visitors, only 45 had signed up. The problem was with the target audience: younger people did not care much about death, and older people were not on good terms with the technology.

In general, the solution did not find its target audience, so it died out. The expenses were much more significant than revenues. The development itself took about half a year. Also, the founder paid for an expensive domain name, a lawyer’s services, an SSL certificate, and many more. Can you guess what would I recommend if I could turn the clock back? Yes. Build the MVP!

There are many more cases, which are united by a single cause of failure: No MVP validation. Look through Failory to read about a lot more examples yourself. Do not forget to choose “No MVP Validation” in the “Cause of Failure” filter.

So, what is the advantage of MVP? It gives you a chance to test the waters of a certain market without diving headfirst. How to create a successful MVP? You should hire a trusted MVP development partner.

In fact, the development of a minimum viable product, on average, is six times shorter than the development of a final software product. You can use the time you save to improve your idea to make it reach the highest peaks of tech. I hope that you are ready to conquer the market and put your startup on par with the successful business stories mentioned above!

We will gladly assist you with this vital product development stage. Take a look at our MVP app development service page to learn more about how we do it.