Strike Force: What Difference We Offer

How to get the best results and pay less

People are spoilt for choice when it comes to software companies. We are clearly haunted by ads of software development firms that are always happy to offer their services. The main task of these companies is to show their future clients that they are better than someone else. No wonder! For software companies, each project is a new achievement that takes them one level higher. But sometimes projects fail. And it’s not a mere coincidence.

In the pursuit of quantity, people forget about quality. For a project to be a success, a team should take care of all of its stages: the beginning stage, the development process, the final stage. But defining goals and distributing tasks is not enough to turn their mission into reality. A team should study their project in much detail, consider it both from practical and abstract perspectives. From a practical perspective, a team solve their particular tasks and track progress. Abstract perspective gives them the chance to see a general picture, to develop a strategy. to view the project “from above.”

At KeenEthics, forming strategy and choosing the right approach in the beginning is as important as building effective products in the end. For this reason, we use the specific approach which we call “Strike Force.” Under this approach, our company ensures the high effectiveness of a product and dynamic workflow in a team. As years of experience show, the Strike Force concept sets the pace for further working process. It gives us a key to our client’s heart — let us clarify why.

Strike Force: Why We Need It

The main idea behind Strike Force is to make a “striking difference.” Senior professionals are assigned to a project and are responsible for a successful project’s start. Their task is to show other team members how the work process should flow.

The main idea behind Strike Force is to make a striking difference.

They help choose the right technologies, set up the proper environment, develop effective structure and architecture. In other words, Strike Force professionals set the right work pace on a project. After a month, the Strike Force group finish their task and leave the project, but they also leave behind excellent discipline and powerful work patterns.

Can Strike Force Bring the Difference to Your Project?

Let us prove our expertise in software development. Our professionals are ready to review your project’s goals and check whether Strike Force can help! 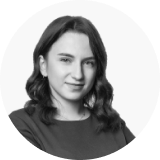 How did we come to the idea of Strike Force? Everything started with the broken windows theory. This theory states that visible signs of unacceptable behavior create an environment in which people are inclined to reproduce such behavior. For example, if a person lives in a neighborhood where it’s all about arbitrariness, the chances are that this person will adjust to the given environment and encourage disorder. The rule works vice versa: when one eliminates the visible signs of unacceptable behavior, they improve the environment and set the right tone for how things should work.

Here at KeenEthics, low quality is one of the aspects we do not stand for, no matter what the project’s size, timeframe, and budget are. We introduced the broken windows theory to our philosophy to make sure that unacceptable behavior, which is low quality in our case, is avoided. The goal of Strike Force is to create an environment in which developers follow patterns set by the Strike Force group. Primary responsibilities are performed by senior specialists, and a team has the chance to target their efforts to more detailed and vital tasks.

The goal of Strike Force is to create an environment in which developers follow the right patterns.

Traditional Staffing is the opposite of Strike Force. Under traditional staffing, mid-level and junior developers start the project in a way they did it before. Such an approach does not guarantee that the developers’ experience will allow for the effective project’s start. They may choose the wrong technologies and set the wrong patterns, they may not understand the priorities of their tasks. Most likely, the outcome will be worse than that achieved with Strike Force.

Even if technologies are chosen correctly, the wrong strategy of working with these also adversely affects the quality of a product. If developers choose the components inappropriately, it impedes the development process and increases the possibility of errors and bugs. Strike Force help make sure that work patterns are adjusted to the project’s goals and demands.

Generally, the benefits of Strike Force can be viewed from two sides: the practical and the psychological. Let’s start with the first.

The practical side of Strike Force works best for a client because they get a high-quality product at a lower price. By a lower price, we mean not only the price for a product itself but also the price for the hours spent on the development process. The number of hours needed to complete the project depends on several factors. Namely, the speed of performance of a team, the quality and frequency of communication between team members, their level of expertise.

When it comes to the last factor, the Strike Force approach allows our clients to “grow” the team’s expertise by integrating skilled team players into the project for one month. By doing so, you expand the variety of strategic choices presented to your team at the beginning stage. With Strike Force, your team is exposed to a wider experience of choosing the right technologies. And even when you switch most of the team members to junior or mid-level developers a month later, Strike Force always stay with you as consultants and help your team if needed.

The Strike Force approach allows our clients to “grow” the team’s expertise by integrating skilled team players into the project for one month.

This side of the issue matters more for your team. It’s all about setting the right pace, having the right role models. The thing is, when your team starts working on a project, they have two choices. The first is to apply their traditional style of working and use common patterns for managing tasks. Team members work more as independent actors, which adversely affects the overall team’s performance. The second option is to adapt to the speed and principles dictated by senior and more skilled team players.

In this case, developers demonstrate higher productivity and performance because they see the example of how the working process should unfold. The Strike Force approach is based on the second scenario. It ensures that you get the best result while having a diverse team.

The power of Strike Force is proven in practice. Recently, we finished a project where our task was to develop a real estate platform for a client from the US. The main requirements were high quality combined with high performance. The client had a limited budget and could not hire a huge development team. Instead, he wanted to make sure that the existing team would perform well, and that the results would be successful.

So, our task was to ensure that the client’s expectations would be met. For sure, a limited budget limits opportunities. But we never let our clients down, regardless of the project’s budget. We started looking for ways to give our client what he needed at the lowest cost. To boost the productivity of the whole team, we decided to integrate Strike Force into the project.

One of our senior specialists was assigned to the team and had to show other team members how the work process should unfold. He chose technologies and taught others how to use these technologies to develop specific features for the real-estate platform. He formed the ground for a successful project’s start and helped others adapt their skills and tempo to these requirements. After a month, the team learned how to perform effectively, and the senior developer took the role of a consultant.

What result did the client get? Strike Force established a particular work atmosphere and set the right discipline level to ensure that the work is under way.

Now you see why so many of our clients prefer the Strike Force approach. Analyzing past experience, we noticed an interesting tendency: projects that involve Strike Force in the beginning are more successful in the end. Our clients spend less money but are ensured the same quality as if their team consisted only of senior developers.

So, the Strike Force approach is a perfect choice for those who have a limited budget but do not want to compromise on quality. KeenEthics always is on our client’s side — we help choose the best strategy possible. And if saving money and increasing performance still seem to be incomparable goals for you, let our professionals explain how your particular project can benefit from Strike Force!