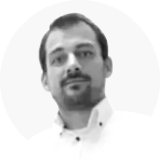 How Do I Use 3D Printing to Make the Star Trek Replicator Real?

Do you remember the legendary Replicator from Star Trek? This device would manipulate matter on a molecular level and form any inanimate object or — as requested by Commander Charles ‘Trip’ Tucker the 3rd, — a pan-fried catfish. I remember how much excitement the Replicator brought when it first appeared on screen in 2002. Trip — Connor Trinneer, T’Pol — Jolene Blalock, and the technology they described inspired a breakthrough in Additive Manufacturing.

The field that we now colloquially call 3D Printing exploded with new technologies and countless devices. Although in Star Trek Trip and T’Pol find this alien technology in the 22nd century, I dare say that we are on time to outrun their expectations and have the molecular replicator instead being made by humans already in the 21st century.

Before I jump into explaining the prospects of the 3D printing technology, let me set the scene. Do you know which industry era we are living in?

The industrial revolution began in the 18th century when water- and steam-powered engines were invented. It was a huge step forward for humanity that allowed for the manufacturing and transport to be developed. This has been the Industrial Revolution 1.0.

Almost a hundred years later, the world shook again when the developed countries started electrification. Then, in 1913, Henry Ford installed the first assembly line, which forever changed the landscape of manufacturing. This has been a push to the Industrial Revolution 2.0.

Still, humanity did not stop, and the middle of the 20th century witnessed the emergence and rapid growth of computers and electronics. More and more tasks have been entrusted to the machines, and the Industrial Revolution 3.0 began.

Since developed countries couldn’t keep all their advancements to themselves and were looking for a cheaper workforce, they started offshoring their production processes to developing countries. This is how globalisation and the Industrial Revolution 3.5 started.

Each year, the amount of data that humanity collects has been growing at an incredible pace. This data cannot be processed manually anymore, so people developed technologies to help them with this. This is how AI, Big Data, and IoT entered the scene and started the Industrial Revolution 4.0.

Today, we are living amid Industry 4.0. However, we can already see the first rays of the new revolution rising above the horizon. Industry 5.0 is focused on the cooperation between man and machine. It aims to bring humans back into the picture and to provide customised, personalised experiences. It overshadows the era of mass production, of one-size-fits-all solutions, and strives to bring one-of-a-kind experiences for everybody. So, the Industrial Revolution 5.0 is coming soon.

According to Raconteur, below are the years for industrial revolutions,

Now, let me present the main character of this article — the 3D printer.

3D printing technology is not new. Such printers are not as common as office printers, but they can be found in quite a few homes and offices already. Today, 3D printers are mostly used to create small and simple plastic parts needed for work or hobbies. 3D printers are also used in the automotive industry to print custom parts for tuning cars or in the aeronautical industry to print custom parts for drones and aeroplanes. This technology is used mostly by engineers to create objects not suitable for mass production.

3D printing technology has three distinctive characteristics, which are worth your attention:

3D printing can be used in such vital spheres as healthcare, aerospace, and defence. In fact, the usage of 3D printers in the medical sphere is what interests me the most, so here is an example.

Personalised implant and prosthetics is the healthcare segment that is starting to benefit from the development of medical 3D printers. For instance, when people contract skull infections and the infection goes bad, sometimes it is necessary to replace a part of the skull bone with a prosthesis. Currently, these prostheses are often made out of titanium. Of course, it gives people a chance to survive. However, such technology has three major disadvantages:

Recently, more and more surgeons are using PEEK, a thermoplastic from the PAEK family. Replacing this titanium prosthesis with a prosthesis made out of plastic is way better for a patient. Firstly, it is non-metal, so it causes much less discomfort and you stop beeping at airports. Secondly, it is cheaper to produce, especially when we use 3D printers for production. A kilogram of medical-grade PEEK can reach 500 euros. Nevertheless, by extruding exactly the material required, we considerably reduce the cost of production as compared to titanium implants or even machined PEEK implants. The third and most important advantage, however, is the fact that the human immune system does not recognise PEEK plastic as a foreign body and does not attack it, so the patient does not need to take immunosuppressive drugs. Fourthly, prostheses created with the help of a 3D printer would look a hundred percent like the patient’s unique skull shape, so they are also more aesthetic, which is important for one’s mental well-being. Lastly, by having a PEEK 3D printer directly in the hospital, we let doctors manufacture the implant on-demand, potentially shortening the hospitalisation time from weeks to less than a day.

Surely, 3D printers in healthcare can be used in many other cases — for instance, to print dental implants, drill-guides, ortho-tools prosthetics, skin-support structures, and many others…

There is an ever-expanding list of 3D printing technologies and countless abbreviations associated with these technologies. Here are the three most relevant to the molecular replicator:

All the 3D printing industry technologies are similar in the way the printing starts: you create a 3D model of the object on your computer, and the software communicates this model to the printer by slicing the model into thin layers to be assembled. Printers take it from there.

SLS printers work by the following principle: the printer spreads a thin layer of plastic or metallic powder and melts this powder with a laser in the shape of the produced object layer, spreads another layer of the plastic, melts it again, and repeats it until all the layers are created and the object is finished. SLS is precise and fast and currently very popular in the industry. Check this video by Solid Concepts to understand the SLS 3D printing process better. Nevertheless, SLS cannot power the Star-Trek molecular assembly. The fundamental limitation of SLS is that it can use one material per layer and most often per object. Furthermore, the objects created with it require post-production maintenance to get rid of all the unnecessary powder particles. Trip and T’Pol would probably not enjoy a catfish created by SLS.

PolyJet printers are different. For now, PolyJet technologies are the closest technology we have to the molecular assembly. The most common PolyJet process begins by spraying small droplets of liquid photopolymers in layers that are instantly UV cured. Voxels (three-dimensional pixels) are strategically placed during the build, which allows for the combination of both flexible and rigid photopolymers. Such printers waste much less material than SLS printers, and post-production work reduces down to removing supports. Here is a video explaining PolyJet technology in detail. For now, PolyJets can not power the Star-Trek molecular assembler either. The main limiting factor of PolyJets is the limited range of materials and chemistry. Chemistry limitations are also a reason why PolyJets are not used for implants and prosthetics. Even though there are technologies that can jet plastics, metals, binders, the jetting process is quite different for each material. Regretfully, a universal jetting nozzle, and nozzle for medical-grade PEEK to my knowledge, does not exist, well, yet.

Finally, FDM printers are even more different from SLS and PolyJets. FDM — Fused Deposition Modeling — is a 3D printing process that uses thermoplastic material. The thermoplastic material often provided as a roll of filament is fed from via a moving extruder head and is deposited and fused with the growing work. In other words, such printers have a single nozzle, which “draws” the object layer with melted plastic. Such objects need no curing and require limited post-production manipulations. Here goes the video explaining the principle of Fused Deposition Modeling.

To enable molecular replicators, say for healthcare, the 3D printing technology must improve in speed, reliability, and accuracy.  This is why there are three challenges we have to overcome:

From the hardware perspective, we aim to solve the problems of low precision and speed by using Direct Magnetic actuation via Linear Motors. Linear Motors are mostly used where efficient and flexible translational motions are required. Unlike rotating motors, linear motors produce not rotating movements but rather linear bi-directional movements. High-power magnets help to achieve extraordinary force and dynamic speed performance. In other words, linear motors use electromagnetic fields to move the nozzle, so they are much faster and more precise — up to 0.5 microns. Here is a video illustrating how linear motors work. This hardware improvement will help us boost speed and precision, and, combined with other features, reliability as well. We are also developing full magnetic levitation, though this technology is still in early beta.

Another hardware improvement we are working on is multiple nozzles. For now, we are focusing on FDM, however, we are actively looking for collaborations with PolyJets. Currently, there is a single nozzle in FDM printers “drawing” layer after layer. Now, we are implementing two independent nozzles working on two separate objects at the same time. So, one printer will be able to print two objects simultaneously. Once we achieve that, we will try to make two nozzles that would work on a single object concurrently. This improvement will help us increase the printing speed by 2 times. Next will be 4.

We are also building a protocol management system, which will ensure Quality Assurance and continuous product optimisation. Our system is a storage of protocols written by humans for machines, with machine instructions being sent directly to the manufacturing equipment and protocol settings optimised by the AI for continuous quality improvement. The system allows engineers with different expertise to create product manufacturing protocols and store detailed machine instructions in a central repository. With the help of this central repository, engineers from different sites can collaborate, share knowledge, machine capacity, and their manufacturing protocols with other sites, or even consider selling their expert knowledge to other businesses.

Each step collects data and uses AI to optimise Machine Instructions. This iterative process enables a certain object to be manufactured with ever-improving standards. This is how Oplanto enables Industry 5.0

Industry 5.0 technology is a step to make my childhood dream about the Star Trek Replicator come true. However, I see a different future. I do not agree with Star Trek, — we do not need to wait to encounter aliens with this technology. Our earth-made molecular replicator will produce implants and drill guides, which will improve patients’ quality of life, manufacture rocket nozzles that will establish a human colony on Mars, and replicate and assemble countless products here on Earth and in space.

Can you think of a way the 3D printing technology may improve your business operations?

DKeenEthics has experience in developing 3D printing software, so we will be glad to help!